Lorca in a Green Dress 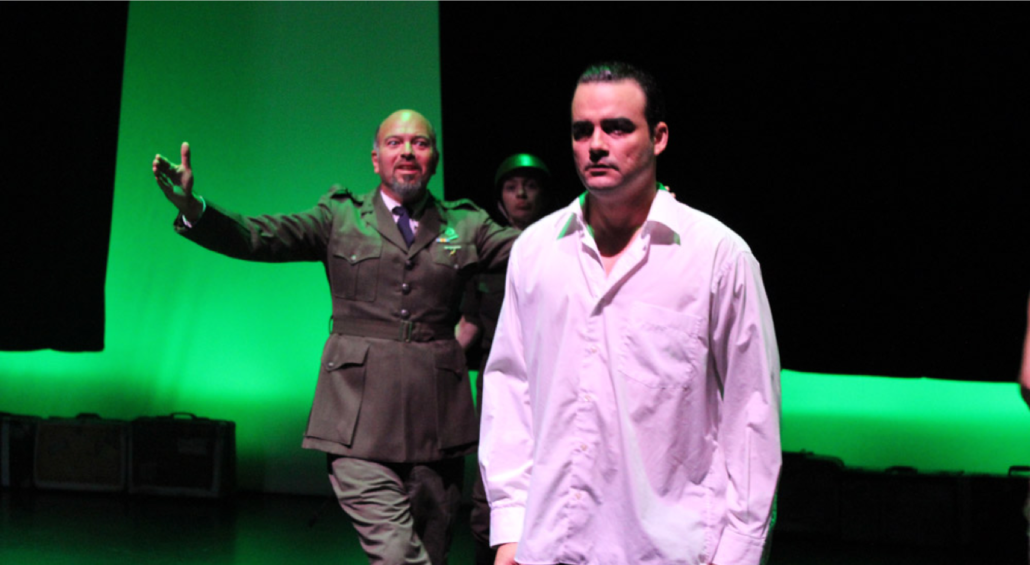 Lorca in a Green Dress

Set by the end of 1960, at the beginning of the Revolution, the air is heavy with heat and military presence, as a dashing American businessman, who is about to lose everything, hires a young Cuban actress to play a role unlike any she’s ever had: the woman he loved but has now abandoned him.  This play is a vibrant exploration of the lost love affair between the United States and Cuba.

“Lorca in a Green Dress” Revisited 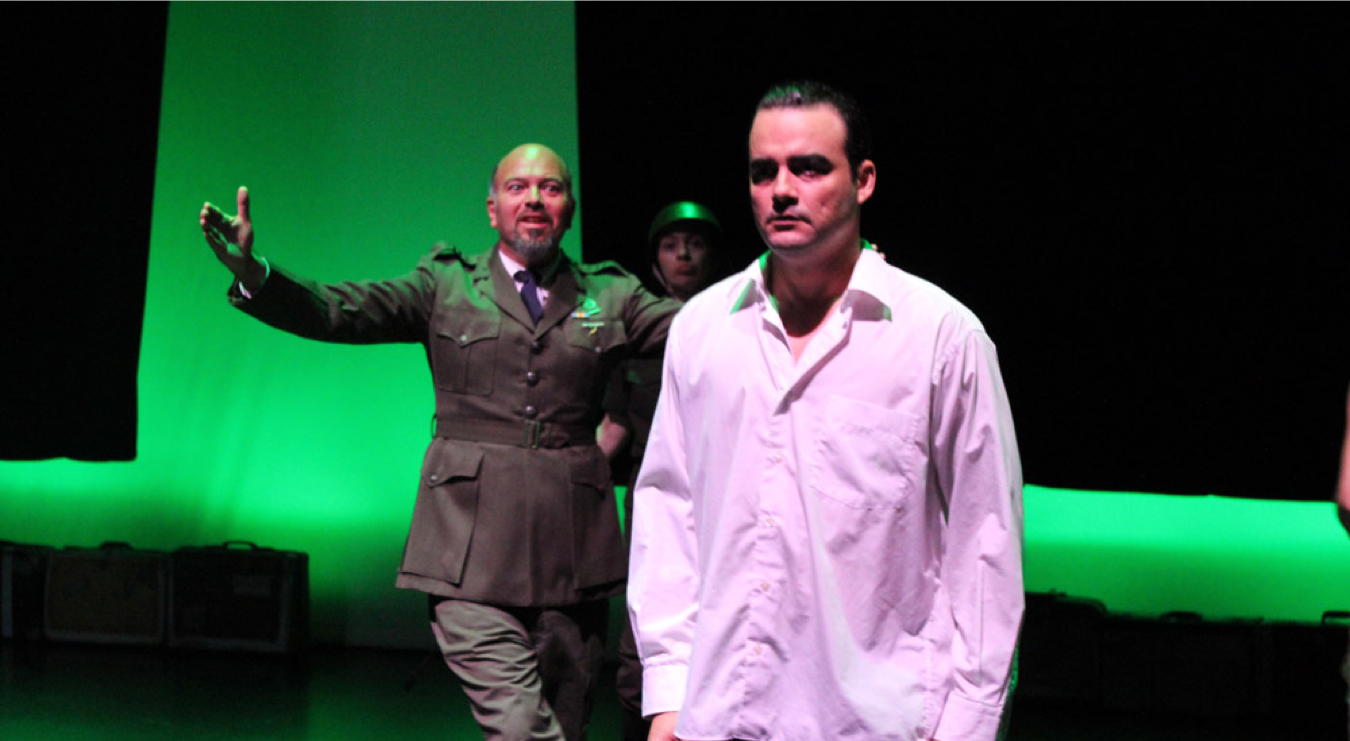 I saw Lorca en un vestido verde, the Spanish-language version of Nilo Cruz’s play Lorca in a Green Dress eight years ago on a cramped stage in Little Havana’s Teatro Ocho, where Rolando Moreno took on the task of directing four actors who play eight roles. Even with the limitations of the production, Cruz’s inventive and lyrical script made Lorca one of my favorites from the Pulitzer Prize-winning playwright’s impressive repertoire.

Cruz is known for his poetic sensibility, but his talent doesn’t stop there. An instinct for the relationships between characters and his imaginative directorial vision charge the play’s poetic imagery with dramatic weight. Co-produced by Arca Images and the Miami-Dade County Auditorium, Lorca runs through Nov. 19 at MCDA’s Blackbox On.Stage. Theatergoers can listen to a simultaneous English translation of the play via headset.

The play opens with Spanish poet Federico García Lorca (Ariel Texidó) being led to the “Lorca room,” a purgatorial space where Lorca, who in real life was murdered by nationalist militia at the beginning of the Spanish Civil War, relives the last few minutes of his sudden death, each time coming closer to acceptance. In this space he is accompanied by “higher agents of his being:” Lorca in Bicycle Shorts (Irene Benítez), Lorca as a Woman (Yani Martín), Lorca in a White Suit (Xavier Coronel), and Lorca en a Green Dress (Omar Germenos). The footwork and clapping of the mesmerizing flamenco dancer Aaron Cobos adds a percussive rhythm to the play.

Fascism, prejudice and the oblivion of death are some of themes that confront theatergoers and Cruz’s characteristic lyricism doesn’t cushion the blow. However, his directorial vision does bring moments of levity, beauty and ultimately humanity to the tragic circumstances of the play and their larger implications.

Texidó presents a compelling Lorca who is sensual, childlike, mystical and vulnerable. As Lorca reckons with his own death and relives some of his most poignant memories, Texidó evolves, but he never overplays the part. He shows a great deal of reserve so that Lorca’s dreams, memories, and even his poetry, never eclipse his humanity.

Rosie Inguanzo is brilliant as the Guard. She sheepishly echoes the commands of the General (powerfully portrayed by Carlos Acosta-Milián), often creating a much welcome comic counterpoint to the General’s severity. In a flashback on Lorca’s and Salvador Dalí’s friendship, Inguanzo also delivers a humorous depiction of Dalí’s flighty genius.

Martín is excellent in the role of Lorca as a Woman. She also shape shifts smoothly to a mother figure and Salvador Dalí’s sister, Ana Maria. Cruz makes use of visual elements such as a row of battered suitcases that later encircle Lorca in his memories. A long red cloth symbolizes the red lipstick of Lorca’s sexuality and the river of blood of his death.

Despite the beautiful lines of poetry, despite the poet himself railing against his own fate, and the agents of his higher being projecting the most profound dimensions of his soul, Lorca en un vestido verde is the kind of play that stills everything around it. When you step from the theater to the outside world, the silence stuns so profoundly, you can almost hear the pulse of the trees.