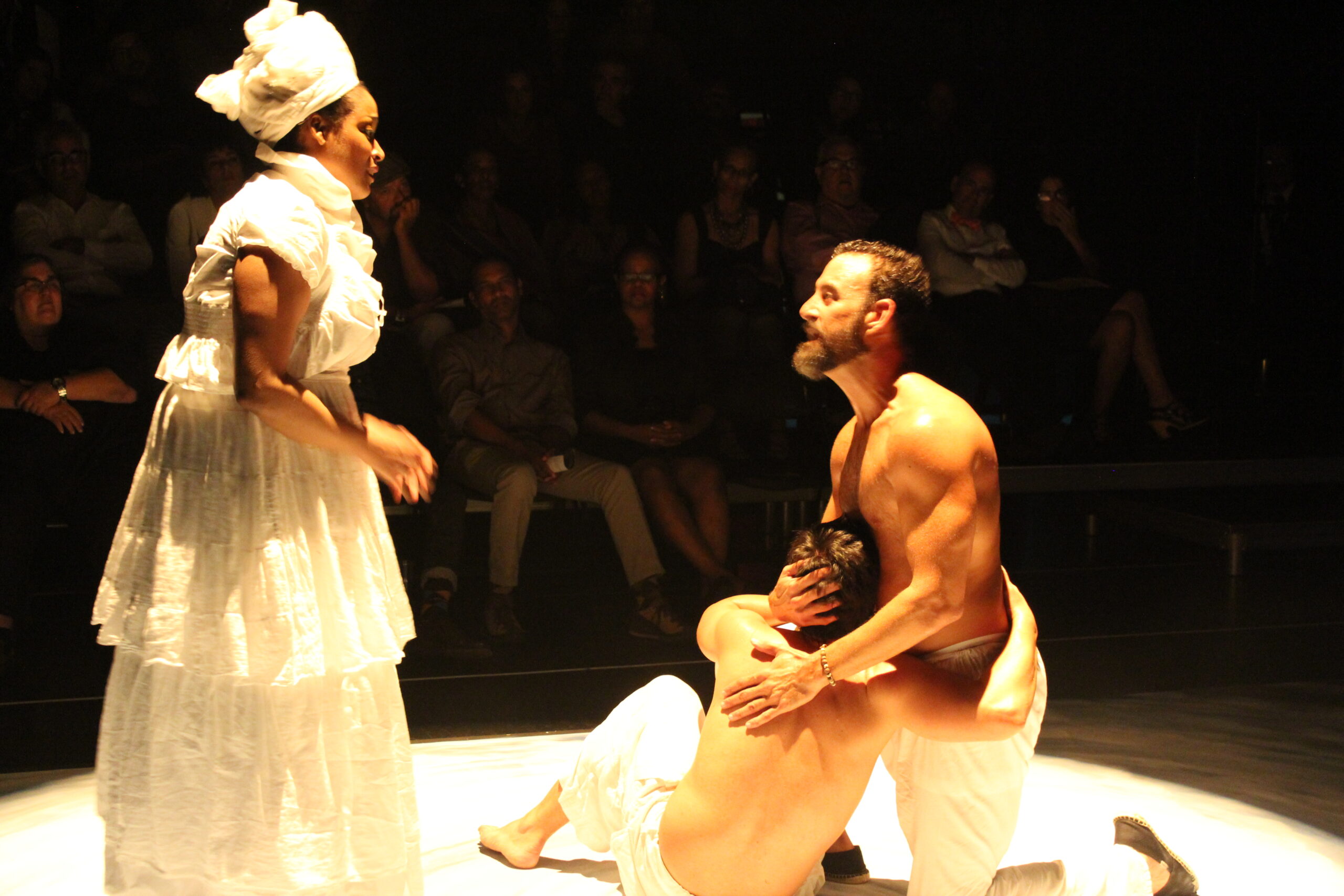 A severe tropical storm displaces the soul of a man and the lives of his family when Forrest Hunter suffers an accident that leaves him injured not only physically but also mentally with a case of amnesia. Will his wife Ria and his adopted son Aparicio help him recover his memory so that he can lead a normal life?  Or is his past unreachable and unattainable?  The answer is revealed through an unexpected sacrifice, a path of redemption, which turns out to be a celebration of humility, generosity and kindness. 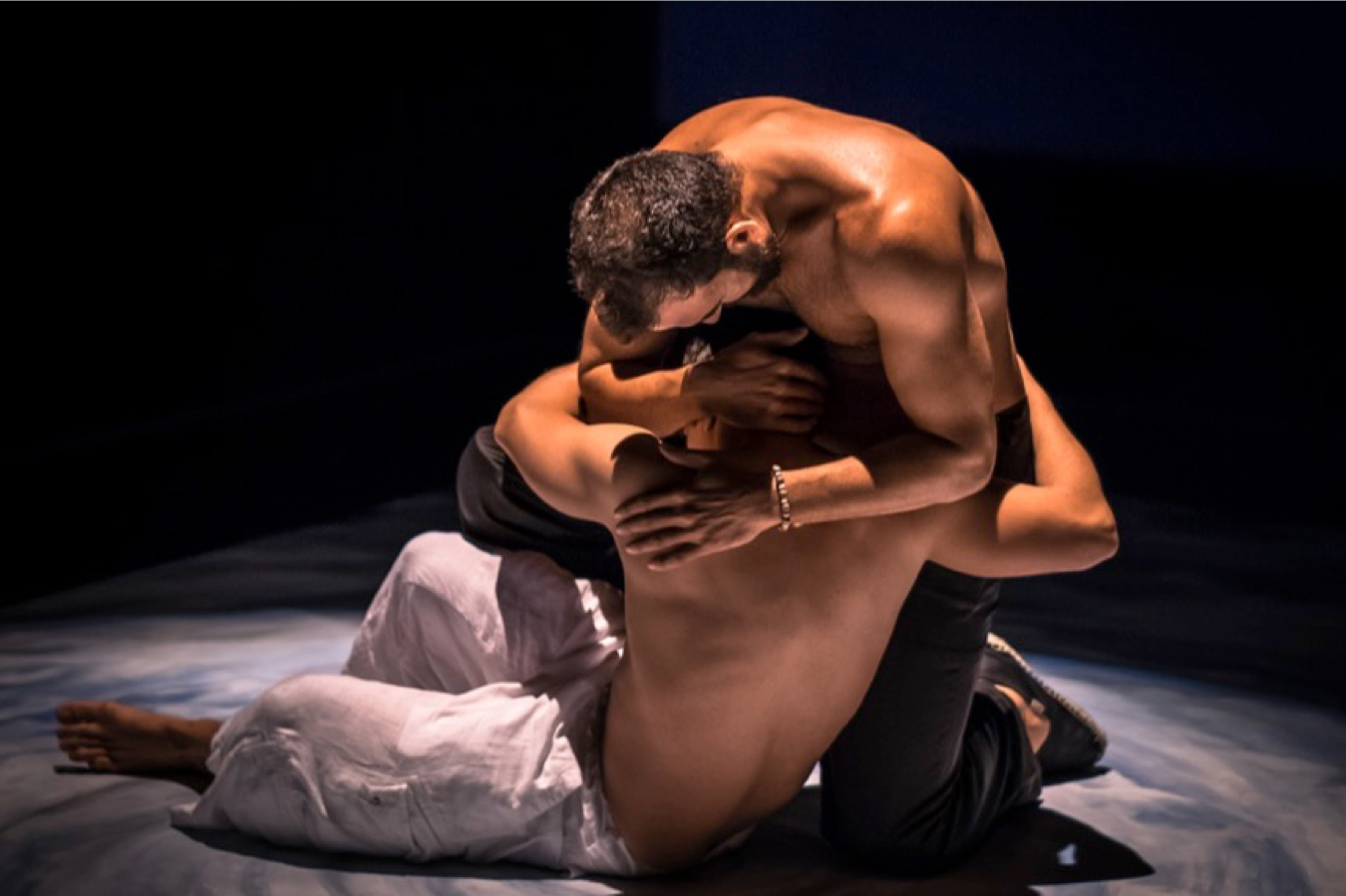 In developing Hurricane, Nilo Cruz tested the often stormy waters of bringing a new play to life with a short version of his imaginative drama at the 2010 Ringling International Arts Festival in Sarasota.

This weekend, a full-length Hurricane is getting an official, if fleeting, world premiere at the On Stage Black Box at Miami-Dade County Auditorium. The third collaboration between the Pulitzer Prize-winning Miami playwright (who doubles as director) and producer Alexa Kuve, Hurricane is markedly different in style from their Spanish-language Hortensia y el museo de sueños and the haunting English-language Sotto Voce.

Delivered in English, with Spanish supertitles that only half the audience can see, the new play’s still-slender story is told as simply rendered physical theater. A few of its effects — the roiling, projected sea; the swirl of hurricane-like lights — are impressive. But a worse-for-wear luggage cart, milk crates, umbrellas and a wheelchair constitute the “set.” Hurricane is far more interested in the internal struggles of its characters than anything that doesn’t belong to the natural world around them.

The play centers around an unconventional family on an unspecified Caribbean island. Forrest (Serafín Falcón), the patriarch, is a former missionary. His wife, Ría (Lela Elam), has escaped a terrible past. And the young man they have raised as their son, Aparicio (Andy Barbosa), is a kid who floated in from the sea in a dresser drawer when he was a baby.

The trio’s happy world is shattered when a hurricane blows over the island, causing physical and psychological damage. Caught outside during the storm, Forrest is robbed of his memory and identity. He recognizes neither Ría nor Aparicio, and he’s certain that he’s a girl named Andrea.

Odd? Certainly. But in Hurricane, Cruz is interested in exploring the mutability of identity, the redemptive power of loyal love, and the role of chance vs. divine intervention. Given the focus on feelings, the bit of back story that the playwright supplies deep into the 90-minute play comes off as too specific and implausible.

The script contains whimsical humor, poetic imagery and plenty of emotion for the actors to play. Falcón’s striking Forrest is tormented and tender. Elam’s Ría is a protective mama bear determined to restore order to her familiar world. And the Havana-trained Barbosa makes Aparicio a physically and emotionally impetuous kid burdened with guilt over his father’s condition — Forrest was, after all, looking for his missing son when disaster struck.

At the top of the show, with the hurricane hitting full force, the sound of the storm all but drowns out the dialogue. Yes, hurricanes do roar, but in a play, words need to be heard. Or read: The supertitles need to be visible to all. Cruz the playwright should have a chat with Cruz the director before Hurricane winds up its brief run Sunday evening.