Hortensia and the Museum of Dreams 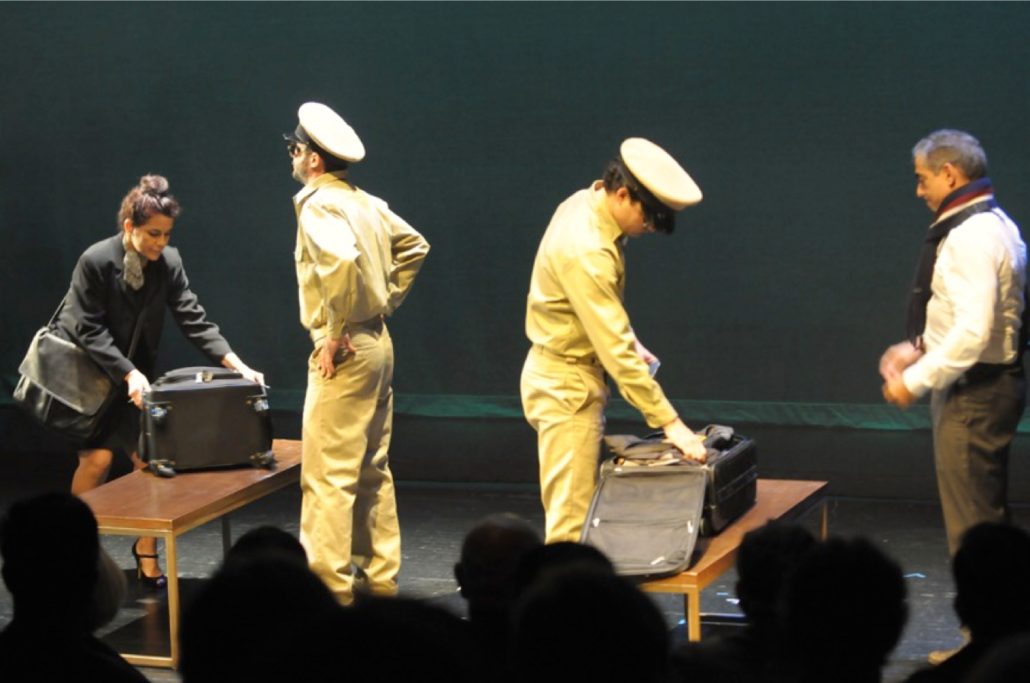 Hortensia and the Museum of Dreams

A story of a brother and a sister, whose lives were forever altered when their mother put them on a Pedro Pan humanitarian flight from Havana to the United States in 1961.   They find refuge in each other and become more than brother and sister, more than mother and father, when they transgress the limits of their bodies, and push open the gates of a dark love, which allows them to become citizens of their own hearts.  Years later, they return to their native land during the Pope’s visit to Cuba, as they search for recollections and healing.

In the 10 years since ‘Anna in the Tropics’ won a Pulitzer, playwright Nilo Cruz has ventured into screenwriting and opera

When Nilo Cruz became the first Hispanic playwright to win the Pulitzer Prize for drama a decade ago, Latino theater artists in his adopted hometown of Miami and around the United States felt enormous pride.

The boy who left his Cuban homeland on a Freedom Flight in 1970 had become a spellbinding theatrical storyteller, a man whose Anna in the Tropics blended illicit passion, Cuban-American history and thematically resonant passages from Leo Tolstoy’s Anna Karenina.

The impact of Cruz’s triumph was also felt — and continues to be a source of pride — in the country his family left behind.

Ten years after his life-altering Pulitzer, Cruz is one extremely busy theater artist, one whose work has broadened to include opera, theatrical songs and screenplays. 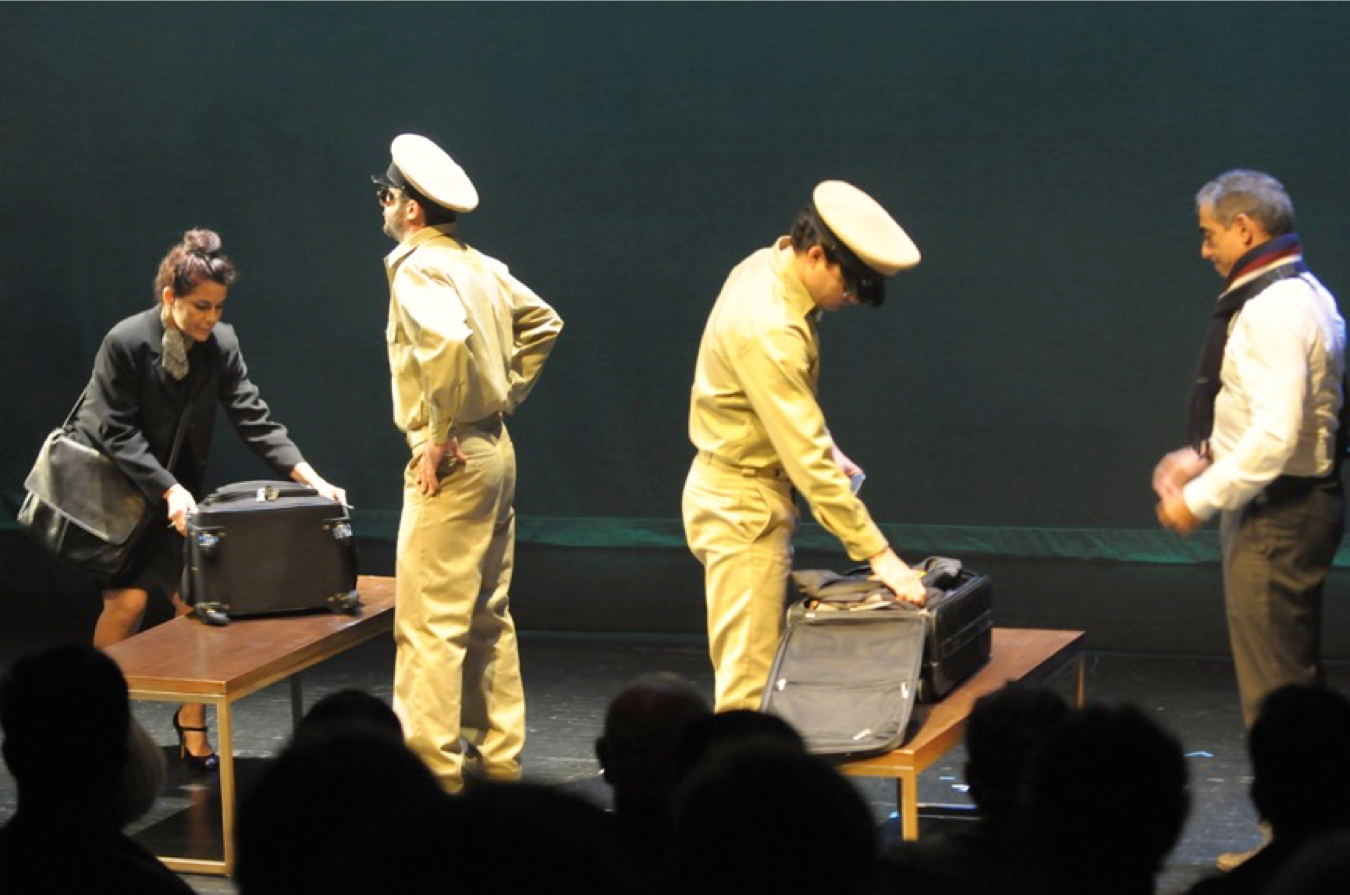 In the not-so-distant future, Cruz will see a summer workshop of Bel Canto, the commissioned opera he and Peruvian composer Jimmy López crafted from Ann Patchett’s bestselling novel, which will get its world premiere at Chicago’s Lyric Opera in the 2015-2016 season. His play Sotto Voce will premiere at New York’s Theatre for the New City, with Cruz directing, Feb. 15-March 9, 2014.

As a director, Cruz says, “I feel like my plays have to be layered. A theatricality has to be explored. The plays are full of images, but they’re rarely done that way. … The actors and director have to fill in what’s not being said. They have to make unspoken moments be full.”

BY Mia Leonin,  Special to the Miami Herald

The Spanish-language debut of Hortensia y el museo de sueños, produced by Arca Images, draws its power from some of Miami’s most talented stage actors. This troupe’s got chops, and it takes a bite out of a richly crafted script written by Pulitzer Prize-winning playwright Nilo Cruz, who also directs.

Originally written in English, Hortensia and the Museum of Dreams debuted in 2001 at New Theatre, currently at the Roxy Performing Arts Center. Here, at the Miami-Dade County Auditorium’s OnStage Black Box theater, it is thoughtfully translated by Alberto Sarraín, whose version brings a lot of Cuban verve to the script.

The play, which has English supertitles and runs a little over two hours with intermission, follows the parallel journeys of Lucas and Luciana, a brother and sister who return to Cuba during the 1998 Papal visit after an almost 40-year absence. As children, the two were sent unaccompanied to the United States as part of Operation Peter Pan, an exodus of Cuban children at the beginning of the Cuban Revolution.

As was the case for many children, Lucas and Luciana ended up in an orphanage for what remained of their childhood. The siblings also harbor a dark, secret attraction for one another that binds and repels the estranged siblings. This is the emotional backdrop as the play opens on two psychologically damaged adults, hoping to find redemption in Cuba.

In the first scene, we see Lucas (Raul Durán) and Luciana (Grettel Trujillo) as children, each one clutching a diary and a suitcase. These symbols reappear throughout the play, underscoring the idea of travel as a deeply personal and intimate experience. Grettel Trujillo is magnetic as Luciana, a woman who is guarded and weary. In Cuba though, Luciana reveals a childlike, vulnerable side to her personality. Trujillo plays the complex role with a straightforward simplicity that allows the emotions to come through fluidly and not become mired in melodrama.

Hortensia possesses a balance of gravity and levity that speaks to the breadth and depth of Cruz’s vision as playwright. Themes of childhood trauma and disillusion are complemented with moments of laughter and hope. Reina Ivis is fantastic as Delita, a woman prone to fits of laughter and histrionics. Likewise, Ariel Texidó and Roberto San Martín are hilarious as Samuel and Basilio, Hortensia’s grown sons. Their boyish crushes on Luciana and fraternal bickering bring humor to the stage.

At the center of it all is Hortensia, a woman who wants to convince the Pope (and the world) of the sanctity of the miracles she’s collected in her museum. Veteran actress Martha Picanes brilliantly delivers a matriarchal figure whose mysticism is fueled by faith and ferocity.

Gerardo Riverón rounds out the cast with vivid portrayals of the sibling’s long lost uncle and an embittered Cuban bureaucrat.

Twelve years after its Miami debut, Hortensia is still a powerful play and these actors do it justice.