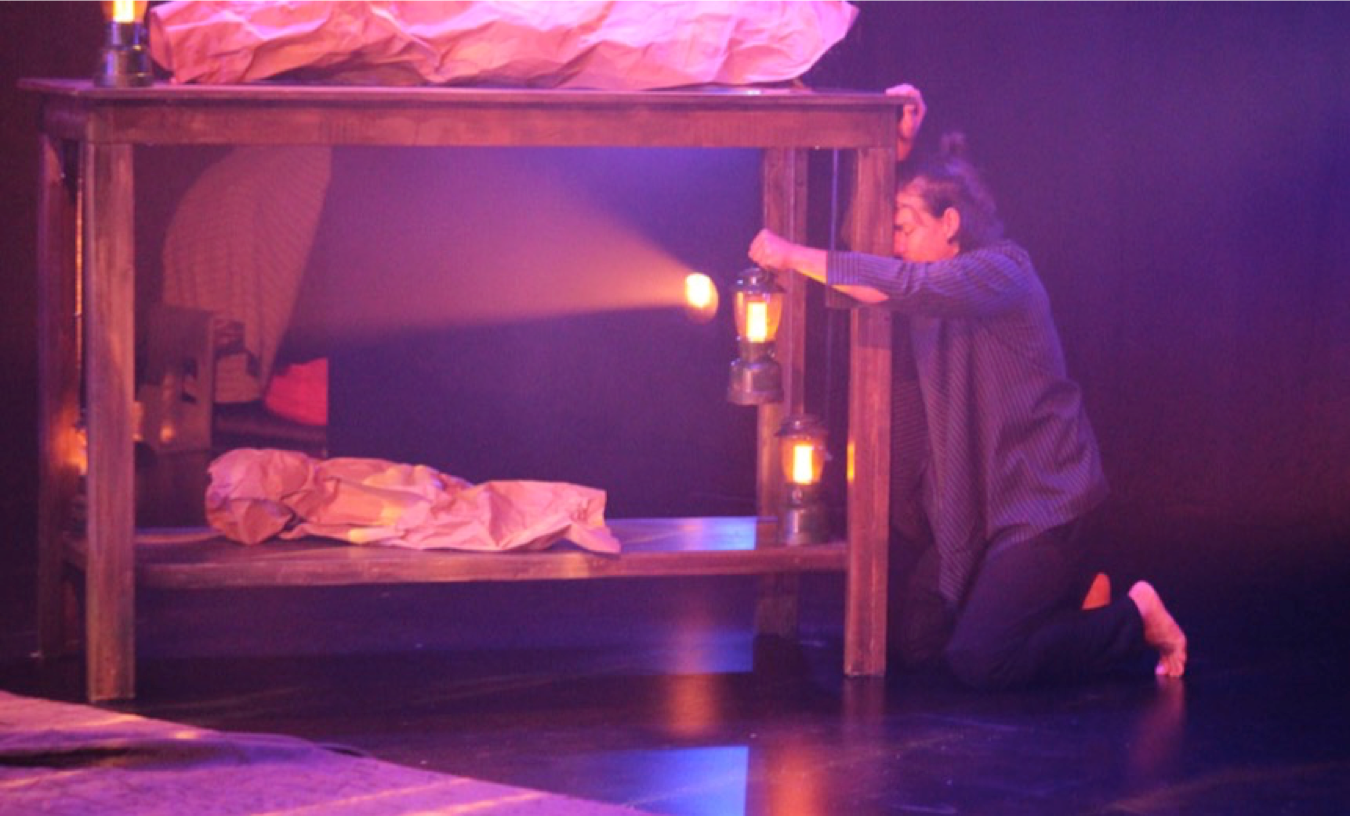 The multicultural actors underscore the universality of the play

Natural disaster is a tragic fact of life — and death — the world over. From ferocious hurricanes like Andrew in 1992 or Katrina in 2005 to the earthquake, tsunami and Fukushima Daiichi nuclear plant disaster that decimated Japan in 2011, incomprehensible destruction, grieving and rebuilding are universal experiences.

Pulitzer Prize-winning playwright Nilo Cruz, born in Cuba and raised in Miami, and stage designer Michiko Kitayama Skinner, a University of Miami theater faculty member who grew up in Japan, are global artists who dive deeply into myriad cultures in the course of their work. Their collaborative docudrama Tsunami, which is now getting its world premiere at the South Miami-Dade Cultural Arts Center, demonstrates their attention to cultural detail and their desire to communicate broader themes.

Constructed from interviews Cruz and Kitayama Skinner conducted in the devastated town of Ozumi a year after the disaster claimed 1,284 lives there, the play uses the residents’ translated words to paint a picture of loss both specific and monumental. The playwrights have also collaborated on the production, Cruz as director, Kitayama Skinner as designer of the sets, costumes and puppets used at key points in the storytelling

Six actors (four men, two women) play multiple roles, sometimes switching genders. Though there are no Asian actors in the show (Cruz has said he auditioned locally but couldn’t find Asian performers), the combination of Latino, black and white actors in the cast underscores the play’s universality.

As he has demonstrated in staging his own work at Miami-Dade County Auditorium’s On.Stage Black Box, Cruz is a director skilled at conjuring dramatically poetic visual imagery. For Tsunami, he utilizes Brechtian and Asian theater styles in an episodic 90-minute piece that, thanks to Kitayama Skinner’s evocatively simple design and Eric Fliss’ beautiful lighting, is often visually stunning. Sound designer and composer Erik T. Lawson contributes subtly atmospheric music, the sound of a lapping ocean, the scene-shifting signal of a stick drum.

We could never make theatre without you! Become a friend of Arca and receive news about our upcoming projects!